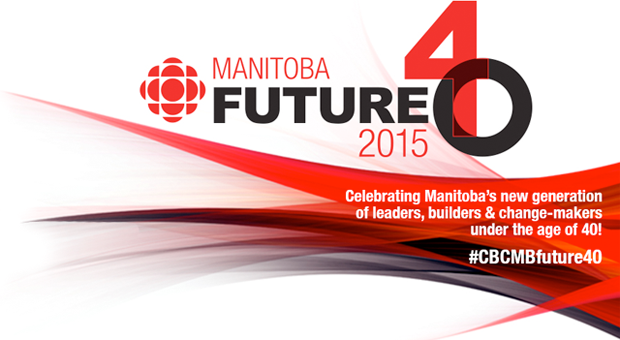 JCI is celebrating 100 years of impact. It was in 1915 that Henry Giessenbier founded JCI in St. Louis, Missouri, USA. The idea was to scale local actions across borders, into the global organization it is now. Young active citizens continue to take action and fuel the JCI Movement.

It was 8 years later that JCI Winnipeg was created. It was the first JCI Chapter in Canada, which now boasts a total of 14 across the country.

As CBC Manitoba releases its list of Manitoba’s Future 40 finalist, we highlight 6 nominees who contributed to the JCI Movement through their involvement, dedication and commitment to a better community.


Natalie Bell, CHRP - CBC’s Future 40 profile - @pegcitylovely
“Natalie’s numerous strengths include her eagerness to interact, to inspire and to relate to people, all accomplished with an infectious energy. Natalie served as Director of Marketing & Sponsorship for 2 years and earned the Member of the Year distinction in 2012 along with the Long Service Award. Check out her blog: www.pegcitylovely.com”

Natasha Fisher – CBC’s Future 40 profile - @NatashaFisher2
“Current JCI Winnipeg President, Natasha brought JCI Winnipeg to JCI’s 2014 World Congress in Germany, as Effective Speaking Champion of the Americas. She is the only Winnipeger to compete for the world title in effective speaking. Natasha is passionate about people and promoting positive change in her community through volunteerism and community leadership. Professionally, she strives to reduce the stigma surrounding mental health allowing for more acceptance and understanding.”

Katrina Hueging – CBC’s Future 40 profile - @Hueging
“As current Vice-President of Fellowship, Katrina has served on JCI Winnipeg’s Board for over three years. She is an integral part of JCI’s successes in Winnipeg, earning Rookie of the Year in 2013 and Executive Board Member of the Year in 2014. She is also Co-Chair of the Young Brokers Network and gives countless hours to both groups. Katrina works as Director of Training and Education with the Insurance Brokers Association of Manitoba, helping brokers remain performant through training and professional development.”

Valen Vergara - CBC’s Future 40 profile - @ValenVergaraVtr
"Valen Vergara is an award winning Social Entrepreneur, Author, Speaker & Business to Consumer Marketer. His strategic objective is to move social entrepreneurs towards high performance in the modern economy using his Eight Tiers Of Transcendent Thinking™. His life's work is centered on mentoring, empowering and investing in the field of human potential. Valen is the author of The People, Planet, Profit Entrepreneur™ & soon to be published Gold Mind™. He’s involved in a multitude of different projects including The WEPT Project Inc., the Now Network Joint Ventures Corp., the Millionaire Mastermind Alliance™ and Young Entrepreneurs Society International."

Neder Hedfi - CBC’s Future 40 profile - @nederhedfi
"Nader is young achiever with big dreams in his mind that he worked on to accomplish them since day one. He began to manifest his strengths when he co-founded a high school club that mobilized students to have impact in their community. The club’s slogan was “Youth on the move, to lead, to serve, to shine!” So far, he’s participated in 8 TEDx events and this has spurred him to continue giving back. Neder joined JCI Winnipeg in January 2015, and brings enthusiasm, bilingualism and creativity to the membership."

Danelle Hueging - CBC’s Future 40 profile - @Danelle2
"Danelle has always drawn motivation from helping others grow in confidence, develop new skills and become more impactful in the community that surrounds them. Her achievements include a Bachelor of Arts with a major in Political Science, ranked Corporal in the Canadian Armed Forces, Certified Fitness Trainer, Project Management Professional, 2014 Junior Chamber International (JCI) Winnipeg President, Ex-officio with the Winnipeg Chamber of Commerce and Current National Vice President with JCI Canada. With this, Danelle Hueging exerts her leadership with confidence with the objective of helping shape future generations of active and impactful citizens."


JCI Winnipeg is honored to have these representatives nominated to CBC Manitoba’s Future 40 as we recognize all nominees for their contributions to Winnipeg, Manitoba and Canada.

To the hundreds of our province’s new generation of leaders, builders and change-makers, we eagerly anticipate the impact you will bring to our lives.

Here’s to your bright futures in Manitoba!